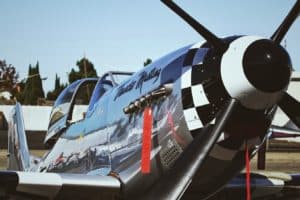 We’ve already talked about “phubbing” and how bad it can be for your relationship. In a nutshell, professors James Roberts and Meredith David’s study defines phubbing as: “Partner phubbing can be best understood as the extent to which an individual uses or is distracted by his/her cell phone while in the company of his/her relationship partner.” Probably not surprisingly, the more a partner was being phubbed, the more smartphones became a source of conflict. Higher levels of smartphone use also led to more dissatisfaction with the relationship overall. However, phubbing – a.k.a stonewalling – is one of four behaviours that John Gottman, psychologist at the University of Washington, has identified as signs that a marriage is not doing well. Gottman got together with University of California-Berkeley psychologist Robert Levenson and by using these four habits as well as throwing questions about things like relationship satisfaction and frequency of thoughts of separation, the researchers were able to predict divorce 93% of the time. The accuracy was such that the researcher labelled the four habits “the four horsemen of the apocalypse”.
Reid-Hillview Airport, San Jose, Ca

The problems with this initial study, published way back in 2002, were that it was small and focused on a specific population. However, it seems the underpinnings are sound, as another more recent study of 373 newlyweds found that if these behaviours were exhibited, divorce was more likely, even as far as 16 years down the line.

Now, finally, here are the four “apocalyptic” behaviours, and what they can manifest as:

A mix of anger and disgust, contempt is much worse than regular old frustration. It basically means you see your partner as beneath you, not an equal. Gottman calls it the “kiss of death” in a relationship. If you constantly feel smarter, better and/or more sensitive than your partner, you’re also less likely to see their opinions as valid. You’re also – crucially – not going to try and see their perspective.

Criticism’s definition is pretty much in the name. It involves turning something your partner did into a statement about their character. Criticism often happens internally, like repressing non-constructive opinions on your partner’s behaviour. These can add up and breed resentment and contempt.

It’s okay to defend yourself in the middle of an argument, but dropping to role of victim often is a warning sign. Gottman says that taking responsibility for your role in a tough situation can be uncomfortable but it can prevent a bad situation from blowing out of proportion. Getting into negativity is “like stepping into a quicksand bog. It’s easy to enter but hard to exit.”

And here we are. Stonewalling. Blocking off conversation is easily as poisonous as something like contempt, because it prevents addressing underlying issues. It’s understandable – arguments suck. No one wants to be in one, but often they’re healthy things to have. They don’t need to degenerate into screaming matches and sleeping on the couch, but simply as a vessel for voicing opinions. Bottling your feelings and closing yourself off to your significant other is a one-way track to divorce.

If you find yourself identifying with any of these things, don’t worry. The first step – and often the hardest – is sucking it up and telling yourself and your partner. Realising when you’re doing it and pulling your head in next time you find yourself desperately shifting blame could wind up saving your marriage.