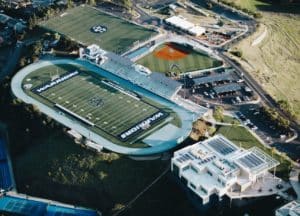 When children are involved, ending a marriage is less than ideal. Nonetheless, it is often the best choice for not only both spouses but also for the children involved. No matter the age of the children involved, parents have to make serious decisions regarding their needs and best interests. Because it is not always clear what a child currently needs and what they will need in the near future, parents may need to make changes and modifications even after reaching a child custody arrangement. And for that reason, many divorced parents in a joint custody situation will rely on co-parenting tactics in order to address any future issues or concerns.

Can divorced parents still act like parents together? While a divorce means the end of a marital relationship between two spouses, this does not mean the end of two parents being able to parent their children as a unit. Numerous of parents in New Mexico and elsewhere raise their children in two homes, and while this process can mean facing tricky problems, this does not mean there are not suitable resolutions.

There are many reasons why parents might be faced with issues that could impact a current custody agreement. A summer schedule could be significantly different than a child’s school schedule, causing reason to make an entirely new parenting schedule. Parents might live in different areas and both parents and the children involved may not agree on what school to send the child to. Or a teenaged child might voice an opinion, claiming that the child would prefer spending the majority of the teenager’s time with one parent versus the other. These and other similar situations would require the divorced parents to come together and work on an agreeable solution.

Whether divorced parents are able to reach a resolution on their own or require the assistance of negotiation, mediation, arbitration or litigation, it is important to understand what options are available. This not only protects the rights of the parent but also the interests of the children involved.