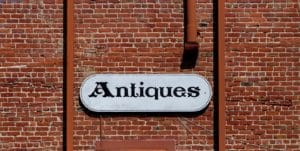 Divorce and separation negotiations are best mediated by a professional that can help both parties reach an agreement that is satisfactory to both of them. Through mediation, negotiations can be done so that both sides get a better understanding of the other side’s considerations and viewpoints. With all of the animosity that may be involved, a professional mediator should be used so that the negotiations can stay on track.

Both people will have certain items on their list that they view as a high priority and other things that they feel just aren’t as important. For example, one party may desperately want the Cadillac that sits in the driveway while the other really wants to walk away with the boat. It’s clear that in this situation a compromise can be reached where one person gets the boat while the other gets the car. While everything won’t be as clear-cut as it is in this example, the negotiations can work with the high priorities that each person has. In the end, while neither one will be able to walk away with everything he wants, both will have a better chance of receiving more of the items that are a high priority on their lists. In terms of court litigation and the final settlement, it’s entirely possible that at least one person will walk away without any of the high priority items he really wants.

Determining the Best Interests of the Children

Negotiations can get quite heated when it comes to the children. A negotiator will make sure that both parties are cordial to each other, don’t give deadlines or ultimatums and don’t put each other down during the process. The children will be the main focus of the discussion and anything personal between the couple will need to be set aside during this part of the negotiations.

The mediator will do a financial analysis as a third party and then things can be put on the table for negotiation. Without a financial analysis it can be difficult to make heads or tails of the current financial situation. When both people are aware of the current finances both in terms of what is available now and what will need to be paid in the future, negotiations can start from there.

If Negotiations Break Down

If the negotiations do happen to break down everyone will lose. The job of the mediator is to ensure that this doesn’t occur. The couple needs to have strength and the willingness to move forward in the negotiations so that things can be settled once and for all without having to go to court. An experienced mediator keeps things rolling so that the ultimate outcome, a satisfactory agreement, is reached at the end.

When done properly, negotiations can be done quickly and efficiently. As long as both parties are willing to negotiate, things can be worked out and thousands of dollars in court costs can be saved as a result.