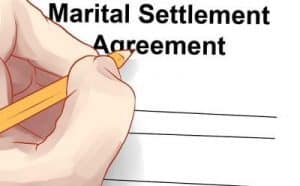 Mediation involves two parties that hire a mediator together so that they can come to a mutual agreement regarding divorce issues. Once the resolution has been reached, A Marital Settlement Agreement (MSA) is drafted and then filed at the courthouse. This paperwork outlines all of the agreements made between the couple during the mediation process.

This is a legally binding agreement once it has been signed by a judge and no court appearance is necessary by either party involved. It outlines the rights, responsibilities, obligations, property split, and parenting duties of the couple and will be in effect for years to come. The only way that the agreement can be amended at a later time is if both parties agree to the changes or it is modified through a court order. This will depend on the wording contained in the MSA.

A written Marital Settlement Agreement is important. It sets down in writing the conclusions that have been reached during the mediation process. Both parties need to sign it to verify that they are each in agreement with everything stated in the papers. This way, there is no doubt regarding the end of the marriage and the resolution of all marital issues.

By using a negotiation process, both parties will be satisfied that they have reached an agreement that they worked out on their own. In contrast, when lawyers litigate a divorce the judge will ultimately decide the outcome and in many cases both parties are left unsatisfied with the results. 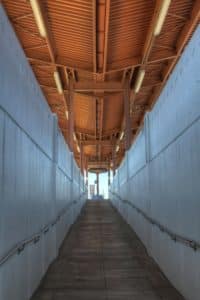 The mediator that is putting together the written Marital Settlement Agreement understands the legal, financial, and practical requirements that will make it an enforceable contract. The wording is important and will determine whether or not it is accepted by the court. This is why it is so important to use an experienced mediator that is familiar with the legal implications of divorce. Both parties also have the legal right to have an independent attorney review the agreement and to suggest changes.

When a couple has decided to divorce it is an unsettling time and one that is full of emotions. Mediation gives both parties the chance to work things out together in the best way possible. It is less costly than hiring individual lawyers and the outcome will be satisfactory for both individuals. The marital settlement agreement puts the final stamp on the mutual agreements made and allow both parties to move forward knowing that the best outcome was reached through cooperative negotiation efforts.